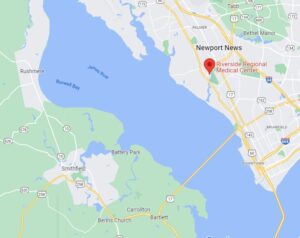 Sentara Healthcare has been dealt a reversal in its efforts to limit a rival’s expansion in Virginia’s Hampton Roads area.

The state health commissioner overturned a staff decision and ruled in favor of Riverside Hospital’s application to build a 50-bed hospital in Smithfield. Sentara, the $7 billion health care conglomerate had opposed Riverside’s plan, claiming it would cut into its dominance of the local health care market.

Riverside’s victory is the latest bump in a turbulent year for Sentara. Last June, it dropped its efforts to complete an $11.5 billion merger with Cone Health of North Carolina, and longtime CEO Howard Kern announced his retirement in February. The company also entered into a long-term agreement with Eastern Virginia Medical School, Norfolk State University and Old Dominion University to create a joint school of public health after previously trying to reduce its commitment to the school that provides medical students for its teaching hospital.

While Sentara did not openly oppose Riverside’s efforts to gain approval for the Smithfield hospital, it appears the health department staff did it for the conglomerate. Virginia officials noted in an October 2021 report that a new hospital would “introduce institutional competition” in an area in which Sentara controlled 56 percent of the hospital beds.

Riverside had long tried to expand into nearby Williamsburg but had been stymied by Sentara’s opposition.

“On any given day we have 50 to 60 hospital beds empty,” said Bob Graves, administrator of Sentara Williamsburg said in 2006. “There is simply not a need for additional hospital beds in the area.”

On March 18, however, Commissioner M. Norman Oliver reversed the staff recommendation and ruled in favor of Riverside’s application.

Community support of the Riverside proposal helped sway the change in opinion from the commissioner’s office, said a health care source close to the situation.

The new Isle of Wright facility will provide OBGYN services to a community that currently faces long drives over the James River to have babies safely delivered. The health department’s staff report said 95 percent of potential patients live within a 30-minute drive of in-patient services. The health care source said the drive-time statistics were misleading and did not account for lengthy travel times crossing the bridge across the James River to Newport News.

Sentara’s moves to block the creation of a cardiac care unit at Chesapeake Hospital has led to a lawsuit that is now before the Supreme Court of Virginia. C&BP reported that Norfolk Chief Judge Mary Jane Hall had ruled in Sentara’s favor in that case after previously working for Sentara as an outside attorney in other COPN cases, including one with Jamie Baskerville Martin, who represented Sentara in the Chesapeake case in Hall’s court.

Chesapeake has also sued Sentara, claiming it used insider information to snatch cardiac surgeons from their contracts with Chesapeake and further cement Sentara’s monopoly on cardiology services in the Hampton Roads area.

A legacy of 1970s attempts to control health care costs, COPN laws in Virginia and 35 other states have been criticized by the last seven presidential administrations, Democratic and Republican, for limiting competition.

For example, in 1989, the Republican George H.W. Bush administration’s Federal Trade Commission said: “Almost all the empirical evidence suggests that [COPN] regulation does not help control the costs of health care.”

Virginia has repeatedly tried to reform its laws, most recently in 2021 when attempts failed.

A 2015 attempt failed to come up with concrete proposals. C&BP reported last May that Martin, Sentara’s outside attorney, served as that panel’s legal adviser without disclosing her ties to the company. She also offered several proposals that would have benefited Sentara, also without revealing her Sentara connections.

Throughout 2021, Sentara was the subject of a series of reports by C&BP and by James Sherlock, a writer for Bacon’s Rebellion, a website that investigates activities in the Hampton Roads area.

Reports detailed how Sentara charged an uninsured patient far more than the company’s own price list showed, its activities to shut down DePaul hospital, and conflicts of interest in the case against Chesapeake.

By June, Sentara hired former Virginia official Aubrey Layne to a new role and announced it was stopping its proposed merger with Cone Health. In July, it paid a $4.3 million fine  Later in the year, it was revealed that the state’s largest health insurance company was seeking an investigation into Sentara’s billing practices.

“The investigations into their activities had a big impact on their current behavior,” the health care source said. “In the community, there’s already a sense of relief that the aggressiveness shown by Sentara has faded over the last several months.”