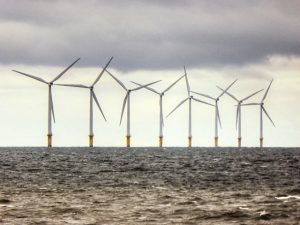 Study Could Gouge Value of Expensive Leases – After Developers Purchase

The pace of wind energy area leases issued by the Bureau of Ocean Energy Management (BOEM) has many people believing large-scale offshore wind is finally on its way. But an obscure Coast Guard committee, co-chaired by the powerful shipping lobby, has the power to force drastic cuts to lease areas that offshore-wind developers have already purchased.

Since we began investigating the Atlantic Coast Port Access Route Study (ACPARS) in March 2016, we learned how the insider role played by the American Waterways Operators (AWO), the shipping lobby’s premier influence peddling group, enabled the shipping lobby to coordinate and drive the Coast Guard’s study.

This trade association of tug boat, tow boat and barge companies has deep ties to the fossil fuel industry. AWO began pushing to block American offshore wind development not long after President Obama made the creation of a thriving offshore wind industry a national priority in 2009.

The study was positioned as a neutral look at how to balance development of offshore wind while maintaining shipping safety. But we’ve found the authors of the study – 14 of whom remain secret per the Coast Guard – never: 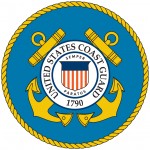 During the five years it took the Coast Guard to conduct the study, AWO was “very engaged” in its creation. And the ACPARS Final report reflects AWO’s involvement by calling for recommended setbacks along the Outer Continental Shelf five times greater than in Europe, which could also remove blocks from currently leased areas. The study also fails to account for Northern Europe’s far denser shipping lanes.

Now, as a chorus of governors, New York state agencies and federal officials have asked for the study to the revisited, the Coast Guard and AWO are co-chairing a joint committee that can convert the ACPARS recommendations into regulatory reality – specifically during the construction planning phase, which occurs approximately five years after the lease is issued.

Once AWO succeeded in pushing for the ACPARS study, then in inserting its drastic setbacks into the Final Report, the organization swiftly provided the Coast Guard with a detailed blueprint for making them a regulatory reality in a 2016 comment letter.

This includes using the obscure, “Atlantic Region Quality Steering Committee (ARQSC), which “serve[s] as a focal point of the Coast Guard-AWO safety partnership,” to “assist the Coast Guard with the implementation of ACPARS.”

And, according to U.S. Coast Guard official George Detweiler, this transition is already happening, unbeknownst to many developers and clean energy advocates.  Ultimately, this obscure committee could effectively block the widespread development of offshore wind energy in the United States for years to come.

Basically, no matter how ethically challenged the offshore wind study is, AWO does not want the Coast Guard to revisit and revise the report’s final recommendations.

This despite one of the study’s co-chairs, Dana Goward, readily admitting “the study fell short,” and the Coast Guard working overtime to delay, deny, and dismiss legitimate concerns about the shipping lobby’s influence over this process.

Detweiler, apparently acting in accordance with AWO’s guidance, still refuses to re-open the study, despite the rising chorus of complaints:

“We will take a look at [it] and, if deemed appropriate, we may – I’m not promising that we will [emphasis added] – go back and adjust our marine planning guidelines appropriately.”

“It is not clear that the approaches detailed in ACPARS properly balance the multiple uses of the ocean. We urge your administration to find a pathway between the Coast Guard and BOEM that allows for the offshore wind industry to move forward and that includes robust collaboration with the states.”

The wind energy potential off America’s coast could supply all the nation’s electricity nearly twice over. Americans overwhelmingly want offshore wind energy developed. Yet today, there are only five operational wind energy turbines off Block Island, Rhode Island, while offshore in Europe over 3,344 wind turbines pump 11.5 gigawatts into the electrical grid.

Will the Coast Guard reopen the study as citizen demands grow and the embarrassing revelations about its process pile up? This constituency includes offshore wind industry players, who are willing to invest substantial amounts of money in clean energy development, whom the Coast Guard ignored for more than five years.

Or will AWO, which has already succeeded in guiding the Coast Guard towards recommendations that could hamper offshore wind for years to come, continue to blockade this clean energy solution on behalf of its members and fossil fuel interests?

Will the Federal Government’s FOIA Sheriff Force the Coast Guard to Follow the Law?