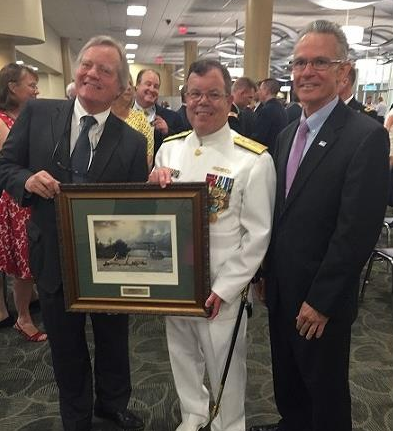 If the study’s recommendations are codified into policy, a robust offshore wind energy industry off the coasts of the United States will likely remain nothing more than a dream.

After five years of intermittent activity, the Coast Guard’s Working Group issued a report in March 2016 that dramatically limits space for wind installations on the Outer Continental Shelf and threatens to remove blocks from currently leased areas.

For the past six months, we’ve been asking questions about the Coast Guard Working Group formed to conduct this study. According to one source familiar with the Working Group, none of its members traveled to Europe or even talked to European regulators or industry experts to see how shipping and offshore wind are coexisting there.

In fact, the Coast Guard will not even disclose who three-quarters of the Working Group members were. By refusing to comply with our legitimate Freedom of Information Act records requests, the Coast Guard is forcing us to consider litigation.

Nevertheless, we’re learning how pervasive the shipping industry’s influence was in guiding the final recommendations of the report.

American Waterways Operators (AWO) is the national trade association for the U.S. tugboat, towboat, and barge industry. As you can see in the reader-supplied photo at the top of this page, Coast Guard Rear Admiral Kevin S. Cook, the Working Group’s chairman, received a retirement gift on July 1 from AWO Vice Chairman Jim Farley and Chairman David Sehrt. In fact, Admiral Cook’s Working Group relied heavily on navigational data provided by AWO.

Not pictured in the photo is AWO Chief Operating Officer Jennifer Carpenter who, a source with knowledge of the Working Group told us, was “very engaged” in the Coast Guard study.

One would expect AWO to have a longstanding relationship with the Coast Guard. But one would also expect that the Coast Guard would follow the direction of the its Commander-in-Chief, President Obama, who made offshore wind energy development a priority from his first days in office.

Unfortunately, it seems the Coast Guard prioritized shipping lobbyists AWO and its fossil fuel clients, who have substantial interest in the extraction, as well as the shipping, of fossil fuels.

The organization not only has substantial ties to fossil fuel interests, listing as affiliates some of the largest oil and gas companies in the world including Phillips 66 Company, Citgo Petroleum Corporation, and Chevron Shipping Company, but AWO has also actively worked on behalf of these interests.

These luncheons are part of AWO’s larger engagement strategy that allows it to gain access to influential Coast Guard officials.

The extent of the shipping industry’s relationship with the Working Group strongly contrasts with Working Group’s almost total lack of engagement with offshore wind developers. Industry sources told us that instead of substantive meetings to learn about offshore wind, Working Group members warned private-sector developers preparing to bid on state offshore wind leases that their upcoming findings might remove large parts of the lease holdings on which they were prepared to bid.

In fact, AWO bragged to its members about how its shipping industry lobbyists obtained more power for the Coast Guard to determine the siting of wind energy areas. Again, from AWO’s 2015 list of achievements:

“Added language to the Coast Guard authorization bill that requires the Bureau of Ocean Energy Management to receive an attestation from the Coast Guard of the suitability of a leasing area for offshore wind energy projects before moving forward with a lease.”

Why is this an important result for AWO?

In an upcoming post, we will examine how American Waterways Operators leveraged its relationship with the Coast Guard to guide the offshore wind energy study towards a predetermined conclusion that harms offshore wind energy development. Included will be the effort to ensure the Working Group’s recommendations are codified to limit an offshore wind energy industry off the coasts of the United States.