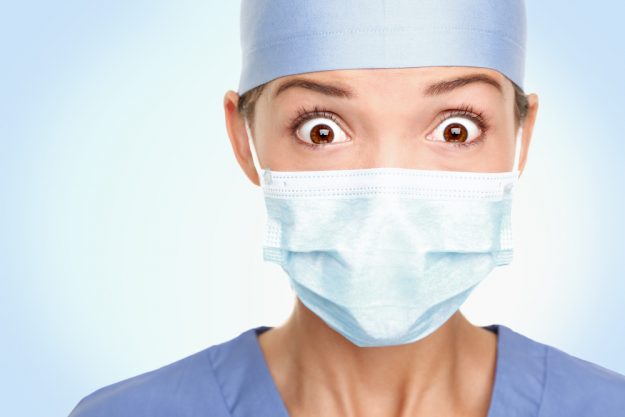 – 2 More Co-Chairs Depart, Others Express Surprise at Being Listed, Bringing Total to 9

Since October 2018, after receiving a tip, we’ve been investigating Physicians Against Drug Shortages (PADS) and its campaign against organizations like pharmacy benefit managers (PBMs). In addition to uncovering significant, unreported financial conflicts of several PADS “co-chairs,” we have discovered other listed co-chairs who disavow the organization, expressed surprise at being listed or simply should not be included.

These individuals include six medical doctors, two professors and a nurse. One of the physicians has been dead for 20 months but is still listed.

In an email to PADS Executive Director Phil Zweig, we asked for an explanation. We have yet to hear from him.

Recently, we have heard from another individual who expressed dismay at being listed on the PADS co-chair list. Soon after we sent email communications to this doctor and one other medical professional, we discovered both of their names disappeared from the PADS site.

“I am not a chair on the committee. Hope your trails figure out why the pharmaceutical company Rips Americans off.”

Twila Brase RN PHN, President of Citizens’ Council for Health Freedom disappeared from the PADS website sometime between May 24 and August 15, 2019.

How Others Previously Responded

“I am not a PADS co-chair, at least as far as I know. I don’t even really know what PADS is or what it does. I got put on their mailing list I think about 18 months ago when I attended a conference of the National Physicians Advisory Council on Healthcare Policy in Washington, D.C.  I think I must have put my contact information down on some sheet that was going around the room.”

“I attended a meeting in DC about many health topics a few years ago. The PADS people presented information and asked us to sign up to be on their mailing list. Other than receiving their email I have no involvement with them. I don’t give them money or attend meetings or do any work for them whatsoever.”

“No. Dr Hahn is not co-chair of this organization.”

In a subsequent exchange, we said that other physicians have told us that they attended a conference, provided their email and now are listed as a co-chair. “Yes, he thinks that’s what happened,” we were told. He “isn’t especially happy with his name being on there without his permission,” wrote Ms. Hahn.

When we told her that her name was still on the website she responded, “Well, it should be removed.” By April 2019, it had been.

When we caught up with Elaina George, M.D., an ear, nose and throat specialist practicing in Atlanta, we explained that we reached out to her because she was listed on the PADS website as a co-chair. While we were on the phone together, she looked it up herself. She was not pleased and said:

“I went to a conference of theirs last fall. I had a feeling they were using us. It left a bad taste in my mouth. Others I spoke to felt the same way. I had the feeling they were just trying to make themselves into a more legitimate organization….

“I’m going to call them right now and tell them to remove my name. I never gave them permission to do this. I’m kind of loaded for bear right now. If I have to get a lawyer, I will. This is my reputation.”

Dr. George is no longer listed as a PADS co-chair.

Whether the late Dr. Franklin D. Nash, M.D. of Indianapolis ever agreed to be a co-chair or not, we may never know. He’s still listed as a co-chair on the PADS website, even though he died in February 2018.

Why would a group list this many professional people as co-chairs without their knowledge? If you have information to share about Physicians Against Drug Shortages, please send us a confidential or completely anonymous tip. We protect all sources.

Why Does Physicians Group Promote Kaleo – a Company Investigated by the U.S. Senate and 60 Minutes?