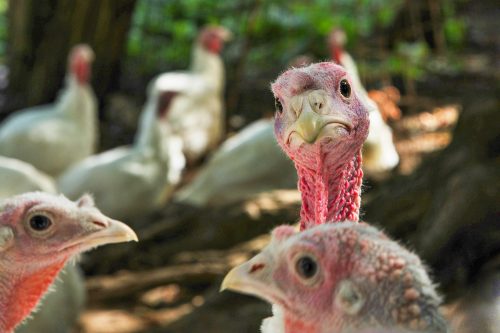 Through his foundation, at donor summits and in a Wall Street Journal op-ed, Koch Industries Chairman and CEO Charles G. Koch has made it clear that government subsidies and tax breaks for business must be stopped. This week, the Charles Koch Institute even called out Thanksgiving:

But the updated Subsidy Tracker Database by Good Jobs First demonstrates that despite Koch’s public declarations, his companies have been piling up hundreds of millions of dollars in state and local subsidies that have gone largely under the radar.

Checks and Balances Project recently spoke with Philip Mattera of Good Jobs First, who told us about the Subsidy Tracker database.

C&BP: What’s idea behind this project?

Mattera: Good Jobs First was founded in 1998 as a watch dog organization to look at this practice of giving special tax breaks and other financial assistance to companies in the name of job creation. It was very difficult to find out information on which companies were getting those awards. Some of the biggest awards would get some media attention but if you wanted a systematic list of recipients you would have to file an open records request and you may or may not have gotten the results you wanted. We argued that if the public had easier access to information about the awards it would be easier to challenge this giveaway of public money. Eventually, states began to put recipient data online, but the information was usually difficult to find.

C&BP: How was the data compiled?

Mattera: We had to hunt down online sources and figure out ways of extracting the information from websites and putting it into a standardized format so that we could create a database. In many cases, this information was not made available in downloadable form, it was on webpages, PDFs and we had to basically had to scrape information off. The recipient name and the individual records were often that of a subsidiary or a unit of a larger company. Usually the agency that made the award and was reporting it, did not tell you the name of that larger company. So, all you’d know is that recipient was some obscure entity. So, we decided to undertake the laborious task of trying to identify those entries that were linked to larger parent companies. We had to create our own parent subsidiary matching system.

C&BP: Is this a comprehensive list of every local, state and federal subsidy?

Mattera: I wish it were but it’s not and that’s because of the inconsistency of disclosure problem. There’s no standard practice for all states or even all localities within a given state in terms of complete reporting. We’ve supplemented what’s online with open records requests for missing data when we know a program exists. Basically, our database is the best compilation of what has been put online plus what we’ve gotten through our requests. At the state level I think that we are close to having a complete set of all the information that has been posted online.

C&BP: Subsidy Tracker shows that Koch Industries received $171,000,000 from Oklahoma, where 140 school districts are open only four days a week or are considering the move due to lack of funds. Do you think the two are connected?

Mattera: In the end if it’s state money, and the state is not collecting certain revenues, it’s ultimately going to have some kind of impact on the state’s budget. Similarly with localities. If revenue is being turned over to a company like Koch Industries, that will make things more difficult for the state’s spending priorities and is going to result in either budget cutbacks or tax increases for other businesses or families. So, one way or another, this loss of revenue is going to have an impact on schools and other spending priorities.

Something To Be Thankful For

While Charles Koch decries farm subsidies at Thanksgiving, his private corporation, Koch Industries, has collected at least 230 subsidies — including $150 million of public money in Oklahoma since 2014. Seventy-eight other special tax breaks and other financial pay-outs have been uncovered, but the amounts cannot be determined. The worst offenders of these secrets subsidies are Texas (33), Tennessee (31) and Michigan (17). Without the Good Jobs First Subsidy Tracker database, we would never know the stark reality behind Koch subsidies.