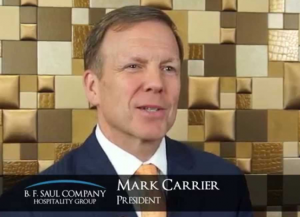 Recently uncovered documents from the hotel lobby show that Penn State Professor John W. O’Neill was hired for pay-to-play academic research. According to the briefing book American Hotel & Lodging Association (AH&LA) provided in 2014 to a meeting of its board of directors, the Professor was engaged to come up with a study with a predetermined conclusion that the hotel lobby later echoed in the media to its benefit.

For us this raises an important question: Current AH&LA Chairman Mark Carrier was Secretary/Treasurer of the hotel lobby during that period, and served on the search committee that apparently selected Prof. O’Neill to conduct the research. How much did Carrier know about this arrangement with the Professor?

Since October 2016, w’ve been reporting on how O’Neill has used his position at the University to bolster his private consulting practice in violation of University ethics standards. The new revelations from the board documents have raised the question of who specifically at AH&LA approved the O’Neill pay-to-play scheme?

When Carrier was elected Secretary/Treasurer of the AH&LA board of directors in Nov. 2013, he was praised by President/CEO Katherine Lugar:

“Mark has been active in assisting the association to grow its voice and effectiveness on behalf of the industry.”

Less than five months later, AH&LA board of directors documents dated March 31, 2014, show that Professor O’Neill had been hired to conduct the pay-to-play academic research. 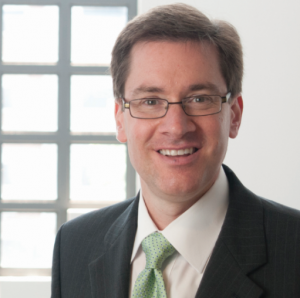 “If wage increases like this were to be implemented nationally, there will be more informal work to fill in the gaps left by unemployment,” O’Neill said. “More work under the table, and that means less earnings, no worker’s comp and no unemployment benefits.”

Twelve days later, Mr. Carrier made a $2,500 donation to HOTELPAC, AH&LA’s Political Action Committee, the purpose of which, it proclaims on a web page, is to promote legislation and policies that create a fair business environment. According to a Federal Elections Commission database, over the two-year period from Jan. 22, 2014 to Jan. 15, 2016, Mark Carrier donated over $15,000 to HOTELPAC.

On Sept. 5, 2015, Mr. Carrier addressed the association of owners of InterContinental Hotels (the page was recently removed from its website). In his address, Carrier declared that the National Labor Relations Board’s (NLRB) historic Browning-Ferring decision that made it easier for unions and regulators to hold hotels accountable for the practices of staffing agencies, contractors and franchisees was:

“such a traumatic rewriting of decades of relationships that it can’t stand the scrutiny of the courts.”

Last week, we emailed Mark Carrier to ask these questions:

We followed up with a phone call, too. But as of the publication of this post, we have yet to receive a response.

These questions matter because, as revealed by 2016 AH&LA board documents uncovered by the New York Times, the hotel lobby has a plan to expand this pay-to-play method to other universities.

Anonymous Tip from Penn State: There is a bigger story here