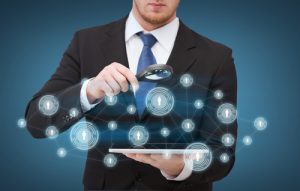 A critical decision is approaching in the effort to enforce public access to public records. Superior Court Judge Randall Warner will soon decide whether to allow continued gamesmanship by Arizona Public Service-connected players in Arizona government or take a step toward public transparency.

On April 15, 2016, we submitted a new motion to the court. In it, we renewed our request for a digital forensic expert to download texts from Commissioner Bob Stump’s iPhone or grant an evidentiary hearing to determine the adequacy of the Attorney General’s search.

Of the 3,547 text messages we have asked to be examined, Attorney General Brnovich’s office has recovered only 36 or roughly 1%.

The digital forensic expert that we have retained, with 36 years of experience, who is located in Phoenix, believes that “the protocols and the programs that I use… would be more effective in recovering information from the ‘unallocated space’ on the iPhone and thus in retrieving any deleted text messages.” (To read our expert’s affidavit, CLICK HERE.)

Arizona citizens have a right to know about possible public business and electioneering that Arizona Corporation Commissioner Bob Stump may have conducted via text messages on his taxpayer-provided iPhone. 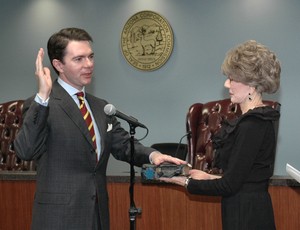 Stump has claimed he does all of his important work on email. But when we asked for those concerning solar energy over a 17-month period, he could only come up with two – a “thank you” and a forward – then another 10 from his Gmail account.

Yet over the 17 months, he exchanged 36,000 text messages on his taxpayer-funded phone.

The Arizona Corporation Commission has fought our public records request by denying the text messages still existed or could be retrieved and has spent an estimated $70,000+ of taxpayer money on outside attorneys.

When, as a result of our lawsuit, the Attorney General finally agreed to download the contents of Stump’s phone, he asked for technological assistance from Pinal County Sheriff Paul Babeu – a political ally with an ethically challenged past.

After the attempt was made to download Stump’s texts, Attorney General Brnovich gave something to former Solicitor General David Cole – who previously had investigated and exonerated Sheriff Babeu.

Cole submitted a two-paragraph report, said nothing was there. But Judge Randall didn’t accept Cole’s Report and asked the defendants (Attorney General Brnovich, Arizona Corporation Commission, Commissioner Bob Stump) to do their own examination.

And that’s when we learned that Brnovich could only find 36 of the 3,547 texts that we wanted them to examine – and they were all blank.

This is a circus and an embarrassment to Arizona.

If there is truly nothing in Stump’s texts, don’t you think they would want these accusations put to rest and allow a second look by our expert? Why has Commissioner Bob Stump, the Arizona Corporation Commission, and Attorney General Brnovich worked so hard to keep them hidden?

Perhaps soon the citizens of Arizona will find out.

Facts Do Not Support Bob Stump’s Wishful Thinking About Exoneration

Scott Peterson is executive director of the Checks and Balances Project, a national watchdog blog that seeks to hold government officials, lobbyists and corporate management accountable to the public. Funding for C&BP comes from clean energy philanthropies and donors.