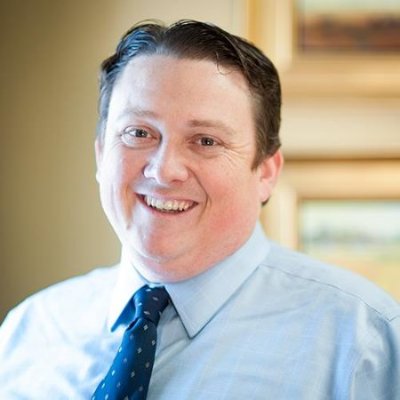 Since being burned for a misleading op-ed that he wrote for Newsweek, Utah State University (USU) Prof. Randy Simmons is letting his colleague, Dr. Ryan Yonk, bat “cleanup.” But if Yonk’s work on behalf of Koch-funded organizations goes unchallenged, Ohio’s economy and environment will likely suffer the consequences.

Despite the renewable-energy and energy-efficiency standards passing with bipartisan support and that proved to be hugely beneficial for Ohio, there has been a concerted effort by the fossil fuel industry to weaken or repeal them. The latest example is a state legislative hearing set for next Monday (July 20th) where many of the invited speakers, like Professor Ryan Yonk, have a hidden agenda funded by out-of-state fossil fuel interests.

Last year, Ohio Governor John Kasich signed a law that froze the successful renewable portfolio standard (RPS). The RPS requires the increased production of energy from renewable sources. While ostensibly giving lawmakers time to study this anti-RPS law, the policy has led to a number of negative consequences for the state, according to a report published by the Center for American Progress (CAP). Business leaders interviewed by CAP have reported having to lay off or freeze the hiring of new employees, move operations to other more renewable-energy supportive states or cancel projects as a result.

As the Energy Mandates Study Committee, made up of state Ohio Senate and House members and the chair of the Public Utilities Commission, gathers information for its final recommendations due September 30th, the usual anti-clean energy suspects are rearing their heads, touting the same discredited research, funded by the same fossil fuel front organizations. The Strata Institute, founded by Ryan Yonk, Randy Simmons and Chris Fawson, is one of the most visible and disreputable. Strata has published similar misleading studies on RPS laws in North Carolina and also Kansas.

As I mentioned earlier, Randy Simmons, the Charles G. Koch professor of political economy at USU, was recently involved in a scandal that stemmed from his failure to disclose his ties with the Koch brothers in his April 11th op-ed for Newsweek. During my interview with him shortly after, he made a number of inaccurate statements regarding his cozy relationship with the Kochs, but ultimately admits to his funding ties to them when pressed:

Maybe this is why Strata is sending Ryan Yonk to promote Strata’s hidden agenda before the study committee next Monday.

Despite the dubious assertions in the Strata report, studies have shown the benefits of RPS far outweigh the costs. For example, wind energy significantly reduces energy prices for consumers and transmission lines benefit customers, among others.

The questionable rigor of Yonk’s USU report on Ohio’s RPS, coupled with his work for another Koch-funded group, the Mercatus Center, means that he has serious problems with the credibility of his research. For example, his report ignores the fact that the RPS was put in place to balance Ohio’s energy portfolio and hedge against fluctuations in coal and natural gas prices.

With this in mind, why would they send him before the Ohio study committee instead of Randy Simmons? Is it because Yonk has a lower profile right now, and his appearance would not draw as much scrutiny?

Before making their final recommendations about the future of the RPS, it is vital that the members of the RPS study committee and the public have complete transparency about the true agenda of the Koch brothers, Strata and, especially, Ryan York.

Scott Peterson is executive director of the Checks and Balances Project, a national watchdog blog that seeks to hold government officials, lobbyists, and corporate management accountable to the public. Funding for C&BP comes from pro-clean energy philanthropies and donors.