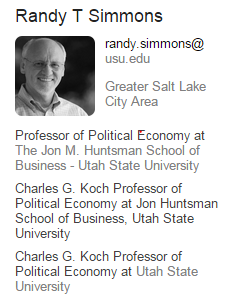 In 2013, Checks and Balances Project broke important ground by documenting the remarkable effectiveness of front groups funded by the fossil fuel lobby. In our True Ties report, we uncovered how these groups position themselves as “think tanks” and research organizations, and push fossil fuel lobbyist talking points in energy commentary and news reporting without getting their fossil fuel funding mentioned.

In fact, our True Ties report found that these groups had an astounding 94% success rate delivering on their value proposition to lobbyists – to echo talking points at a public distance. Over a five-year period, we found that the top 60 newspapers in the country cited, quoted, and ran bylines pieces or mentioned the 10 loudest anti-clean energy front groups on average of once every other day either promoting fossil fuels or bashing competing clean energy. They rarely described the front groups as anything more than “think tanks.” When the descriptors deviated from such bland terms, the front groups were given ideological monikers. In only 4% of the cases did news organizations bother to ask about fossil fuel funding.

Simmons got traction recently after securing an opinion piece, “What’s the True Cost of Wind Power?” in Newsweek. The pieces were thoroughly discredited here and here, but Simmons’ piece was quickly posted around the web with a bland, intellectually neutral positioning in his original byline:

In stepped Washington Post media reporter Erik Wemple with this badly needed piece pushing the question of why a fossil fuel-funded academic was allowed to bash wind energy without any mention of that funding.

In the Wemple piece, Simmons asserts that he receives no funding from fossil fuel interests, such as Koch industries.

I Caught Up with the Professor on His Cell Phone

I was curious about the discrepancy, and I was able to catch up with the Professor by cell phone on his way to his classroom.

“Why did your bio at the end of your Newsweek piece not include that you are the Charles G. Koch Professor of Political Economy?” I asked him.

Simmons explained that the Koch Professorship was for a five-year term that ended in 2013. When I pointed out that his LinkedIn profile said otherwise, he responded, “My dean has been after me to get rid of that.”

I asked Simmons if he was still a senior fellow at the Property and Environmental Research Center, as the Newsweek bio stated. He admitted he is.

“Are you aware that the Center is has been funded by the Kochs and Exxon-Mobil?”

Hmm. That statement was not accurate.

“What is your relationship with Charles G. Koch?” I asked.

So here is a professor who takes money from the Kochs, argues against wind energy, and denies that a fossil fuel-funded “center” where he is a senior fellow is, in fact, funded by fossil fuel lobby.

“Do you admit that the Koch’s are opposed to clean energy?”

“No, I wouldn’t say they are,” Simmons responded quickly. “They don’t lobby against it. They’re just against subsidies.”

That was also inaccurate, as the evidence clearly points otherwise.

I asked him why, when discussing subsidies, he didn’t mention the massive subsidies for fossil fuels?

“I’ve been told there are straight up subsidies and normal depreciation,” the professor said, and went on to say that he would soon be examining subsidies in depth.

I asked if he would include subsidies for coal, oil, and natural gas.

Would that new study be funded by the Kochs?

“They will be one of the funders,” he replied. Simmons had reached the door of his classroom. His T.A. was waiting and he had to sign off.

The last time I checked, Professor Simmons still hadn’t bothered to change his LinkedIn profile. But, the good news is the Kochs seem to be committed to tracking dirty energy subsidies. That might make some fairly big news.

Scott Peterson is executive director of the Checks and Balances Project, a Virginia-based watchdog that seeks to hold government officials, lobbyists and corporate management accountable to the public. Funding for C&BP comes from pro-clean energy philanthropies and donors.