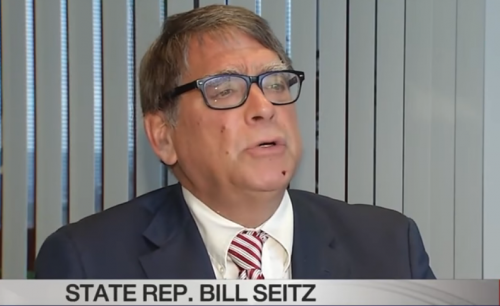 What happened to Bill Seitz?

On at least 15 occasions, according to our review, powerful Ohio House Majority Leader Bill Seitz has said he believes in free markets, proclaimed himself a “capitalist” or declared his opposition to energy mandates. As a leading board member of the conservative American Legislative Exchange Council (ALEC), he claims to believe in “limited government [and] free markets.”

From his post as Majority Leader in Ohio’s House of Representatives, Seitz has aggressively worked to bolster the fortunes of the state’s aging coal plants, while leading efforts to block the wind industry in Ohio. This has happened while the state’s coal industry continues to shrink and wind power — now cheaper than coal — has grown dramatically in surrounding states.

Coal has been mined in Ohio for two centuries. By the mid-1880s, ten million tons were being produced every year. But by the mid-Twentieth Century, coal was in decline, replaced by other fossil fuels and now a fast-growing newcomer: wind.

The vehicle has been House Bill 239. It would enable the state’s four investor owned utilities — Dayton Power & Light, FirstEnergy, American Electric Power and Duke Energy — along with utilities in several neighboring states that are owners of the Ohio Valley Electric Corporation (OVEC), to charge their customers extra fees to subsidize uncompetitive coal and nuclear plants.Rep. Seitz has aggressively promoted this coal bail-out. His opposition to energy mandates has apparently been conveniently forgotten.

In contrast, Rep. Seitz has almost singlehandedly blocked Ohio’s wind industry. In 2014, an anonymous last-minute insertion of language into a budget bill mandated that wind turbines be a set at a minimum distance of 1,125 feet from adjacent property. The minimum distance had previously been 550 feet. Seitz has repeatedly justified and defended the setback provision.

Seitz —then an Ohio State Senator — was the only lawmaker to speak in favor of the huge setback during less than 10 minutes of discussion on the Ohio Senate floor.

Because of this unprecedented setback restriction, the wind industry has ended development in Ohio. Meanwhile, investment and job creation are ballooning in nearby states: three times more in Michigan ($3.1B) and Pennsylvania ($2.8B), four times more in Indiana ($4.1B), and eight times more in Illinois ($8.4 B).

For a free market politician, that’s a lot of market interference. It’s also something we plan on exploring more in the coming months.