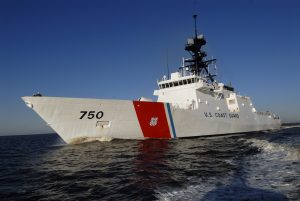 After five years of delay, the U.S. Coast Guard finally released a study that concludes commercial shipping off the Eastern Seaboard is incompatible with a proposed offshore wind energy industry – despite the fact that Europe has successfully integrated the two for more than a decade.

The Obama Administration has promoted the development of offshore wind energy since 2009. In September 2015, the Administration held a Summit on Offshore Wind with federal agencies. Yet though the Dept. of Homeland Security participated, the U.S. Coast Guard, of which it is a part, has sailed in a different direction.

The Atlantic Coast Port Access Route Study (ACPARS), released on March 14, 2016, focuses on what its authors assert are dangers from offshore wind farms to shipping, even going so far as to say that offshore wind energy could be an impediment to American energy independence. The study calls for dramatically limiting space for wind energy installations on the Outer Continental Shelf, and even recommends removal of blocks from currently leased areas.

The purpose of the study, as stated on page 1, Section B, is to:

“determine what impact the siting, construction and operation of proposed alternative energy facilities may have on existing near coastal users and whether routing measures should be modified or created to ensure the safety of navigation.”

Prior to the study’s release, we sent the Coast Guard a Freedom of Information Act (FOIA) request for the names of Working Group members. Seven weeks later, we received a coded response. There were 18 members but only five were identified by name: four Coast Guard officers and Dana Goward, a retired Coast Guard Captain who served as co-chair. 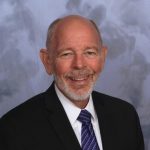 Mr. Goward is now a consultant providing “confidential and public support to clients across the U.S.,” who also serves in various capacities in several maritime organizations. Despite being a lead author charged with balancing two interests, in a March 2014 article for Maritime Executive titled “Offshore Wind: Fencing Off the Atlantic,” Goward wrote:

“[G]overnment-only task forces proposing wind energy areas are dominated by folks who know little, if anything, about marine transportation and are tasked with making as much coastal water as possible available for wind energy. Which is another way of saying ‘reserve as little of it for shipping as possible’.”

European nations, especially Germany, United Kingdom, and the Netherlands have demonstrated that wind farms and shipping can function safely in the same waters. The European Wind Energy Association reports that as there were 3,230 turbines installed offshore and connected to the grid in Europe by Dec. 2015, producing over 11 GW of electricity. That’s up 41% from 2014. There were 26 new projects in the planning stage representing another 26 GW.

In his Maritime Executive article, Goward cites over 156,000 major vessel movements along the East Coast each year. Yet the North Sea alone, with 69% of Europe’s offshore turbines, has some of the busiest shipping traffic in the world with 260,000 shipping movements annually.

Questions that need to be answered, but are not addressed in the study, include:

The World Shipping Council (WSC) is the premiere lobbying organization for the global liner shipping industry. It represents more than 29 shipping companies, including the top 10 in the world. Through published comments, we know that the WSC is firm in its opposition to offshore wind energy.

“[W]e do not think maritime expertise is needed to see that inviting wind farm proposals in high density maritime traffic areas, as is being proposed in Call Area Kitty Hawk, is dangerous and imprudent…. Positioning fixed wind turbines in close proximity to maritime transportation corridors and in the pathway of oceangoing ships should simply not be allowed to be contemplated.”

The shipping industry and the oil and gas industry are significantly intertwined. One of the largest shipping companies is Maersk, which owns a fleet of 130 tankers. Maersk also operates more than 70 oil platforms, 16 drilling rigs and 10 drilling barges around the world that produce approximately 235,000 barrels of oil daily.

The American Waterways Operators (AWO) is the national trade association for the U.S. tugboat, towboat, and barge industry. According to the AWO website, “The single largest commodity that moves on U.S. waterways is petroleum – 244 million tons annually.” It also notes, “Twenty percent of the nation’s coal is moved on the water.”

AWO lists as affiliates some of the largest oil and gas companies in the world including Phillips 66 Company, Citgo Petroleum Corporation, and Chevron Shipping Company.

Although the relationship between Goward’s Working Group and these two associations is the subject of our ongoing inquiry, the authors of the study appear to tip their hand in “Other Offshore Uses” in the summary section:

“Although the current emphasis off the Atlantic Coast is for offshore wind energy, it is also necessary to consider other exploration and exploitation activities that may occur in the study area in the future, such as hydrokinetics, aquaculture, or traditional oil, gas, and mineral extraction.  The Administration’s and the Nation’s desire for energy independence, all point to further exploration and exploitation of the vast energy potential available.”

There are basic, straightforward questions the Coast Guard needs to answer about ACPARS. There is the almost silly challenge of obtaining the authors’ names, backgrounds, and qualifications. Then, there are important questions, including why is there no accounting for the successful development, construction, and safe operation of offshore wind energy production amidst dense shipping traffic in Europe; what is the reason for the five-year delay in releasing the study; and who the study authors heard from and relied on in producing their work product.

Evlondo Cooper is a senior fellow with Checks and Balances Project, a national watchdog blog that seeks to hold government officials, lobbyists, and corporate management accountable to the public. Funding for C&BP comes from pro-clean energy philanthropies and donors.