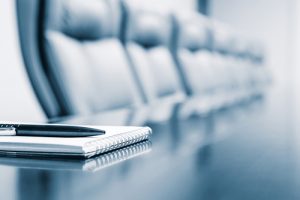 Two months ago, attorneys for Checks and Balances Project (C&BP) took the unprecedented step of serving “third-party” subpoenas to four realtor lobbyists in California. We wanted to confirm that Kern County had produced all relevant public records for communications between powerful lobbyists and Kern County politicians who voted to kill homeowner access to the popular Property Assessed Clean Energy (PACE) financing program in July 2017.

One Does the Right Thing

However, one recipient did respond to our subpoena — Jimmy Yee of Yankee Communications.

In particular, Yee’s records detail back-to-back meetings with Kern County Supervisors (captured in the PDF from Yee embedded below), several of which don’t appear on the supervisors’ calendars provided to C&BP as part of public records requests. Based on the documents Yee provided, it is clear that county supervisors engaged in multiple PACE-related meetings. They appear to have withheld information from the public that would have revealed these meetings took place – let alone what was discussed during them.

Why would Supervisors Perez, Maggard, Scrivner and Gleason fail to produce all records of meetings with PACE lobbyist Jimmy Yee, as they are required to under state law?

County supervisors could clear up questions about these meetings and possibly other undisclosed PACE-related meetings and communications if they told us or the court what is on their private cell phones — as suggested by the California Supreme Court in a recent decision.

But they haven’t done that.