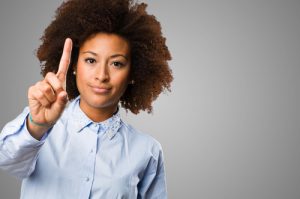 The New York Times and Checks and Balances Project have uncovered an extensive, secretive pay-to-play academic scheme by the American Hotel and Lodging Association (AHLA), the primary lobbying arm of the hotel lobby, engaging several universities.

Last Thursday, C&BP issued a call for Florida International University (FIU) to release documents relating to its $68,210 grant application to AHLA to erase any question of the integrity of its research.

Now Floridapolitics.com just broke the news that AHLA had notified FIU it was not receiving the grant.

Friday afternoon, we were notified by FIU that our latest records request asking for initial and final grant applications, plus all communications and documents relating to the grant proposal, was forwarded to its general counsel’s office.

This raises an important question: Why did AHLA drop FIU?

Was it because the FIU professor in charge of the research told the Miami Herald it would be “challenging” to remain independent because of the involvement of the hotel lobby?

Or did FIU officials raise additional questions with AHLA about the extent of AHLA pay-to-play academics program?

Regardless, AHLA’s withdrawal of the FIU grant puts new pressure on Penn State and University of North Carolina. Both universities are mentioned in the hotel lobby’s 2016 board books. Penn State has refused to answer questions about its relationship with the hotel lobby for more than eight months.

FIU should serve as a reminder to universities everywhere that funding pay-to-play academic research is rarely without strings. Integrity and ethical standards must be preserved. No matter who decided to end this arrangement, Florida taxpayers are the winners, along with FIU’s long-term credibility.