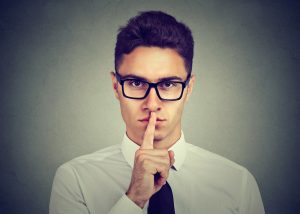 A number of years ago, Checks and Balances Project began to examine industry-funded pundits, masquerading as unbiased experts, whose commentary was published and aired by influential media outlets. So, when we received a tip about a group called Physicians Against Drug Shortages that alleged they were getting op-eds published in national and regional newspapers without disclosure of financial ties to certain companies in the medical device industry, we thought we’d take a closer look.

We started by compiling a list of media outlets that recently published op-eds written by those affiliated with the physicians’ group (in addition to those that were quoting PADS members). Then, we determined if any of these newspapers and trade publications had financial disclosure guidelines for guest authors as part of their online (or snail mail) submission processes.

What we found out is that virtually none do. The disclosure policy in the best cases was nothing more than requiring the author’s full name, address and phone number.

Basically, it’s an honor system, according to our analysis.

How Much Disclosure is Enough?

Not long after the last presidential election, the New York Times published the op-ed, Facebook Shouldn’t Fact Check, by Jessica Lessin. It sounded very reasonable. The social media giant would never be able to hire enough editors to check everything, wrote Ms. Lessin.

The next day, New York Times Public Editor Liz Spayd wrote, How Much Disclosure About an Op-Ed Author Is Required? Ms. Lessin had explained at the bottom of her piece that she was founder of a technology website, The Information, and that her husband briefly worked at Facebook.

What she hadn’t explained, wrote the Times’ public editor, was Jessica Lessin’s husband, Sam Lessin, had introduced Facebook founder Mark Zuckerberg to funders while they were both at Harvard. The social media titan bought her husband’s company and Sam had been a direct report to Zuckerberg.

Doctors and others affiliated with Physicians Against Drug Shortages certainly have a right to present their point of view, just like Ms.  Lessin does. But are they disclosing possible financial conflicts of interest when offering commentary on medical issues? Are media outlets doing enough to allow readers to evaluate the veracity of op-eds, guest columnists, media pundits and quoted “experts”?

In the era of “fake news,” these questions are more important than ever.

Are Financial Ties Between Pundits & Medical Industry Ignored by Media?