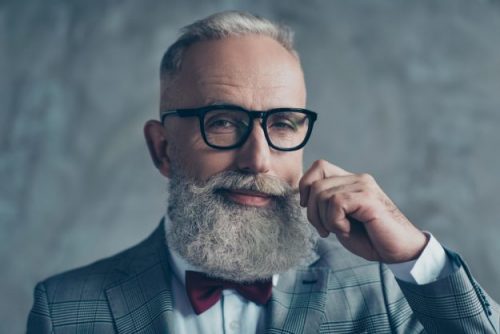 A number of years ago, we began investigating industry-funded pundits, masquerading as unbiased experts, whose commentary was published and aired by influential media outlets. We found that often their commentary raised issues that could have a direct financial benefit for their funders. Rarely – if ever – were these news outlets informing audiences that the “expert” received money from the industry they were championing.

Top news outlets frequently don’t bother to ask “experts” about their conflicts before they publish or broadcast a report.

At the time, Checks and Balances Project (C&BP), along with more than 50 current and former journalists, called on the New York Times to “lead the industry and set the nation’s standard by disclosing financial conflicts of interest that their op-ed contributors may have at the time their piece is published.”

We focused on the example of Robert Bryce, a senior fellow at the Manhattan Institute, which has received millions of dollars in funding from the fossil fuel tied organizations including ExxonMobil and Koch Industries. Mr. Bryce has a right to share his views — the problem was a lack of disclosure of his industry connections at the time that the New York Times published his commentary promoting fossil fuels. Readers were left in the dark about his true ties.

In most news reports about the “extreme minimum wage” report, O’Neill is only identified with some variation of “the report’s author and director of the School of Hospitality Management at Pennsylvania State University,” or, after 2015, “director of the Center for Hospitality Real Estate Strategy.” There are no mentions of his direct financial ties to the hotel lobby and the AHLA trade group in particular.

Beyond the fossil fuel and hospitality sectors, we have been looking at other industries whose influence may be behind pundits and “experts” who are cited daily in America’s newspapers and media outlets.

Members of a group called Physicians Against Drug Shortages (PADS) appear to be a recent example of pundits receiving a similar level of favorable media coverage about medical supply issues with virtually no admission of their potential funding sources or conflicts of interest, according to a tip received by C&BP. The views of PADS representatives may be genuine, and they have a right to their opinions. However, it does raise questions about full disclosure.

An initial look at quotes by PADS spokespersons and op-ed bios by its members provide little in the way of details about the group. In a couple opinion pieces, PADS members describe themselves as executive director or co-chairs of a “pro bono patient advocacy group.”

Physicians Against Drug Shortages has a right to describe itself as it sees fit, though a quick Google search shows dozens of organizations that call themselves patient advocacy groups, including the American Lung Association, the American Heart Association and the Cystic Fibrosis Foundation.

Full disclosure: PADS members have no conflicts of interest and no vested financial interest in this issue. PADS receives no outside funding. We are all working on this project pro bono and are covering our expenses out of our own pockets.

Yet, we have learned that a few of its staff and members appear to have ties to medical device companies despite this not being disclosed in recent op-eds and quotes by its group’s members:

Mr. Zweig, a former Journal reporter, is executive director of Physicians Against Drug Shortages (PADS). Dr. Blum is an associate professor at the West Virginia University School of Medicine, a past president of the American College of Emergency Physicians, and a co-chair of PADS.

In another case from two years ago, those ties were also not disclosed:

The problem won’t go away until a market-based solution is implemented, according to Joel Zivot, MD, former president of Physicians Against Drug Shortages (PADS), a grassroots group of doctors concerned about the issue.

In fact, a preliminary search of outlets that quoted or published pieces by PADS members found only one article that mentioned ties to a medical device company:

[Mr. Zweig] explained that he has had no financial ties to the medical-device industry for nearly 5 years and has been working entirely on a pro bono basis to uncover the underlying causes of the drug shortage; related expenses come out of his own pocket.

The editor at Medscape did the right thing by letting its readers know about the potential conflicts of interest of PADS’s executive director. If Mr. Zweig has no current financial ties to the medical device industry, then why did he not disclose that in his Wall Street Journal op-ed, an outlet where he was once a reporter?

C&BP is currently surveying other outlets to ask why they did not pose a few standard disclosure questions of the Physicians Against Drug Shortages leadership and staff. We will report back on what we learn.