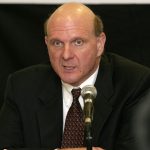 The world’s 15th richest person, former Microsoft CEO Steve Ballmer, secured surprise approval from the California Air Resources Board (CARB) on Monday in his quest to build a $1B basketball arena for his team, the Los Angeles Clippers. CARB’s approval was a big step forward toward fulfilling his ambition, but potentially a big step backwards for the state’s tough carbon pollution reduction goals.

Ballmer representatives earlier argued to CARB that moving the Clippers from the transit-friendly Staples Center to his new arena in Inglewood would not affect pollution levels in the local community. That “market shift” idea was called “ridiculous” by a source close to the negotiations that we spoke to. Once Ballmer dropped the market shift scheme, CARB approved the arena. Ballmer must now submit an environmental impact report (EIR) to explain how it can be made to work. If it falls short, outside groups could challenge the EIR in court.

We find CARB’s decision curious, however, because it leaves growing concerns about increased pollution levels in low-income Inglewood largely unaddressed.

CARB’s website says the agency “is charged with protecting the public from the harmful effects of air pollution and developing programs and actions to fight climate change.” But according to two sources we interviewed, Ballmer’s application does not accurately calculate carbon pollution offsets for the local community.

CARB’s methodology is based, in part, on California’s miles-per-gallon target for 2026 of 51 miles per gallon. President Trump intends to roll back California’s waiver from federal standards, so that the state will need to meet a target of only 37 miles per gallon. This change will throw CARB’s calculations of Ballmer’s compliance out the window. But CARB somehow decided to approve it anyway.

Last week, we received a tip that suggested we look into questions of influence peddling surrounding the arena. Since then, we’ve developed new information that suggests Mr. Ballmer’s approval was enabled by at least three people:

The approval by the state’s air pollution watchdog is premised on the idea that Ballmer’s arena won’t put more pollution into a low-income neighborhood. And that it will not undermine the nation’s most stringent standards for addressing climate change.

We suspect that more than math and science were involved in the California Air Resources Board’s decision. We’ll report back on what we find out.