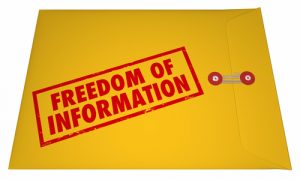 The FOIA requests with Casnovia, Ellington, Monitor, Pierson and Vassar townships were filed last week as part of our ongoing effort to track how disinformation is converted into public policy.

Language in each ordinance says the rules are necessary “based on evidence presented in this State and others concerning the adverse secondary effects of wind energy systems on communities.”

A review of the studies mentioned in the ordinances, however, showed the ordinances misrepresented the findings of each report. One of the reports was not a report at all, but an opinion column that the editors of the publishing journal – the Canadian Family Physicians organization – said did not represent their views.

On Jan. 20, C&BP reported that the first appearance of the ordinance language citing false claims about scientific studies to justify limits on wind turbines first appeared in a draft ordinance written for Lake Township in Huron County, which has 472 wind turbines, the most of any Michigan county.

C&BP has also filed a FOIA request with Lake Township for the details on its draft ordinance.