Burning forests in the tropics is a major source of carbon pollution, a problem President Obama has pushed to end as recently as during a visit to Indonesia last Fall. Why, then, would U.S. Department of Agriculture (USDA) Secretary Tom Vilsack undercut that priority by promoting the burning of wood pellets from southern U.S. forests as a utility-scale fuel source to replace coal in the United Kingdom?

The strange letter by the Secretary immediately raises questions for us about lobbyist influence. In fact, Vilsack’s letter promoting wood pellets seems to have first surfaced in an email from Jessica Marcus, U.S. Industrial Pellet Association’s (USIPA) VP of Policy and Operations.

As of this writing, we have been unable to find any indication of the letter on the USDA’s website.

Sec. Vilsack wrote in the letter to UK Secretary of State for Energy and Climate Change Amber Rudd on March 28, 2016 that “The U.S. wood pellet industry increases our forested area and reduces [emphasis added] greenhouse gas.” Although there is no scientific basis for the Secretary’s assertion, it is a rhetorical point made on the U.S. Industrial Pellet Association’s website:

You can read the full text of Secretary’s letter HERE. It came to us courtesy of a reader’s tip.

When measured at the smokestack, however, biomass power plants produce significantly more carbon pollution more per megawatt-hour than coal or gas plants, according to data from the Environmental Protection Agency. 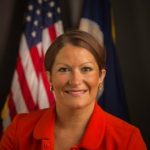 Letter to Vilsack Chief of Staff

On June 24, 2016, we sent a letter to Karla Thieman, chief of staff to Sec. Vilsack, asking about the origins of Vilack’s letter to Ms. Rudd. Six days later, we followed up with a phone call to Ms. Thieman’s executive assistant, Jonathan Barnett, who said he would make sure Ms. Thieman saw the letter. Despite another email and phone call to Mr. Barnett, to date we have received no response to our inquiries.

Among our questions are the following:

Secretary Vilsack serves as a cabinet officer in the Obama Administration. Why he would promote in a letter to a major ally a technology that undercuts a presidential priority?

Over and over again, we have seen critics decry public policy support for popular technologies like solar and wind because they need “to stand on their own two feet.” Yet here is a dirty technology that, it seems, has gotten its lobbyists to persuade the Secretary of Agriculture to perform international commercial promotional work for it.

Scott Peterson is executive director of Checks and Balances Project, a national watchdog blog that seeks to hold government officials, lobbyists and corporate management accountable to the public. Funding for C&BP comes from clean energy philanthropies and donors.