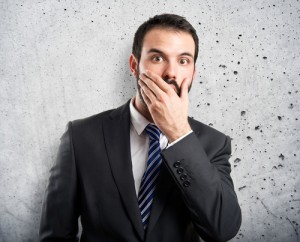 While Judge Cole’s two-paragraph report is silent about which of Commissioner Bob Stump’s text messages he actually looked at, the former judge’s comments last Friday to the Arizona Republic indicate that he did not look at any of the more than 3,500 text messages sought by C&BP’s public records request.

Only those text messages given to Cole by the Attorney General’s office were apparently reviewed.

Other than his report, Judge Cole’s only known comments about his review of Commissioner Stump’s text messages were made to Arizona Republic Reporter Ryan Randazzo last Thursday. Amazingly, Cole said that:

“…the messages he reviewed ‘either weren’t a match to Dan [Barr]’s list, or they were with a person that was not one of the [18] targets.”

In paragraph 33 of our lawsuit, we specifically asked that the text messages exchanged with the owners of 18 phone numbers be reviewed to determine if any were public records.

We selected the more than 3,500 text messages from a log provided by Verizon. Through reverse number look-up techniques and tips from readers, we identified over 30 people Stump was texting with. After eliminating friends and other associates, we focused on the owners of the phone numbers. They include:

Cole reviewed 13,000 or more text messages from Stump’s phone. But, apparently, none were the ones we asked for.

One of the problems was that the software used to retrieve the deleted texts did not provide complete reports, Cole said to The Arizona Republic:

“There were some that indicated a time and date, but there was no content to it,” he said. “With some, there was no way to tell who said what to whom.”

C&BP attorney Dan Barr sent an email to Judge Cole on Friday. In it, he asked Cole to expand upon his two-paragraph report and provide the following information:

“I honestly have no idea how to provide an answer.  Please bear in mind that the Attorney General provided me with the results of five different searches and that, as I told the parties earlier, there is a great deal of redundancy.”

Judging from Commissioner Stump’s recent statements, he really wants this to be over. But it’s not over yet. Why were the Attorney General’s investigators unable to download any of the more than 3,500 text messages that we asked to be examined? Were their systems up-to-date? Were they, for some unknown reason, held back? Or was Stump truly able to delete them, as he claims he tried? Judge Cole appears to have played the hand he was given. But it appears he was not given a full deck of cards. In the days to come, we’ll attempt to answer these mysteries.