It should come as no surprise that in the 2013 legislative session alone, the oil and gas industry spent $1.06 million defending Gov. Hickenlooper’s pro-Big Oil agenda.

As a Chesapeake lobbyist wrote in a January 2013 memo that the lobby firm accidentally emailed to state legislators, “[Gov. Hickenlooper’s] relationship to the oil & gas industry is strong and he has been a national leader speaking out against the anti-fracturing forces that have invaded Colorado.”

That investment has paid off big for Gov. Hickenlooper and the oil and gas industry during the 2013 legislative session.

Gov. Hickenlooper gutted a bill that would have set mandatory minimum fines for oil and gas companies that pollute rivers and water. After the bill died, his administration announced it would not fine Williams Company for polluting Parachute Creek, a tributary of the Colorado River, with cancer-causing benzene so long as it adhered to a consent order.

His administration actually opposed an effort to add more oil and gas inspectors out in the field and opposed a bill which would have brought more balance to the commission that oversees oil and gas drilling and fracking operations in the state.

With huge sums of lobbying cash behind him, it is no wonder that Gov. Hickenlooper has been able to keep Colorado weak on polluter crime when it comes to oil and gas. 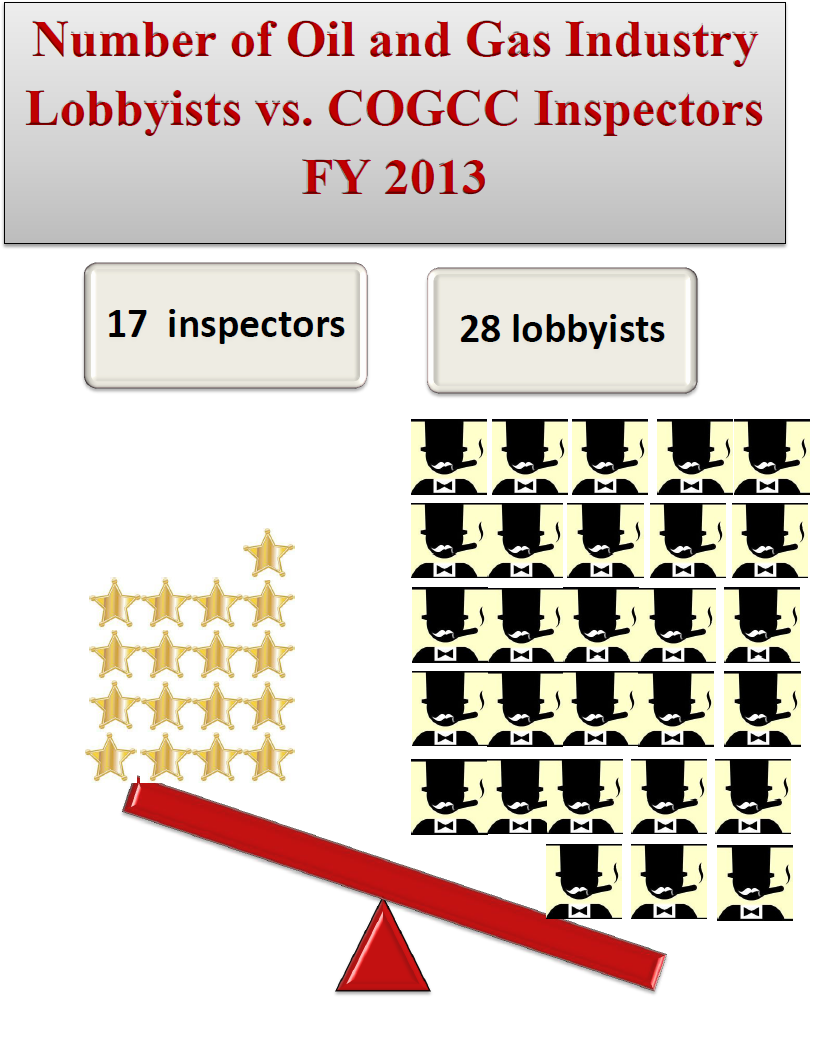 The report released this week by Colorado Ethics Watch found that the oil and gas industry has spent a whopping $4.7 million on lobbyists from Fiscal Years 2008-09 through 2011-12 – more than any other industry in Colorado except the health care industry.

For those tracking Chesapeake closely, the company spent $130k on lobbying efforts over the last four years. Other top oil and gas lobbying spenders since 2009 include Pioneer Natural Resources at $640k, Shell at $571k, Encana at $415k, Bill Barrett Corporation at $376k, Marathon at $293k, Williams Energy at $285k, ExxonMobil at $272k, Anadarko at $260k, Black Hills at $224k, and, of course, the Colorado Oil and Gas Association at $402k.