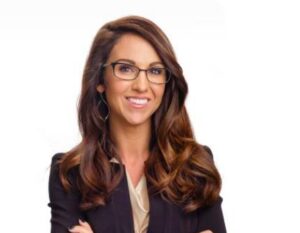 Rep. Lauren Boebert, R-Colo., must resign for not disclosing the fact that her husband made more than $900,000 as a fossil fuel consultant over the last two years.

One of the most controversial House members, Boebert has assembled a pro-fossil fuel voting record. In February, she introduced a bill that would stop the president from placing moratoriums on oil and gas leasing and permitting on some federal land.

Last week, the Associated Press (AP) reported that Boebert failed to report the income her husband, Jayson Boebert, earned from Terra Energy Production until last week. Federal law requires candidates and elected officials to report all sources of income for themselves and spouses. Boebert’s disclosure about her husband came in a filing long after the deadline.

Boebert’s failure to report her husband’s income from energy consulting plainly violates that requirement, Kedric Payne, senior director of ethics for the Campaign Legal Center and a former deputy chief counsel in the Office of Congressional Ethics, told the AP.

Boebert listed her husband’s income on her financial disclosure form as “N/A.”

The details of the couple’s actual income shows they relied heavily on Jayson Boebert’s income from energy companies. That’s troubling given that Congresswoman Boebert is a member of the House Natural Resources Committee, which has jurisdiction over the fossil fuel extraction, particularly on public lands.

Financial disclosure laws exist for a reason: They are meant to show voters the source of candidate’s income and wealth so voters can determine if the candidate has any financial entanglements with which they disagree.

Boebert denied voters that opportunity and did not comply with the law. For that reason, she must resign.