The Mayor’s Office of Contract Services (MOCS) has spent eight months evading requests for  emails from former Chief Procurement Officer Michael Owh concerning the origins of a multi-million-dollar contract with an inexperienced French technology company. Four years after the City awarded Ivalua a lucrative contract for eProcurement software, the system still doesn’t work as promised. Ironically, the software was intended to help the City buy goods and services more affordably.

The contract has now ballooned into a $47M boondoggle.

We’ve also been told by another agency that a key letter to Ivalua cannot be found. This is despite the letter being shared in emails by multiple top officials.

On behalf of Checks & Balances Project (C&BP), I write to direct your office’s attention to ongoing difficulties with New York City’s transition to a single eProcurement platform and to request your help in obtaining information sought by C&BP under New York’s Freedom of Information Law (FOIL), regarding this City’s multi-million dollar contract with technology provider Ivalua…

…the City is still using two vendor management systems, causing confusion for vendors…This is particularly concerning at a time when City budgets are over-extended and many vendors (and companies across the City) are struggling financially as a result of the COVID-19 pandemic…

…We write to bring this issue to your attention and urge that your office use the investigative powers at your disposal to find out what is going on.  C&BP is concerned about the lack of oversight from the City and hope that this letter will prompt a fulsome investigation into this contract..

We also ask for your assistance in obtaining meaningful, prompt responses to the FOIL requests currently pending with DoITT and MOCS.

MOCS Stonewalling for Months Prior to Pandemic 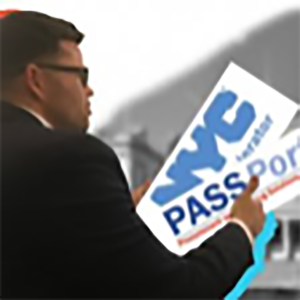 Since last summer, MOCS and its director, Dan Symon have completely evaded our attempts to investigate this outrageous wasted of taxpayer money – and at a time when the City if facing a growing fiscal crisis. Now, they are saying unilaterally that they will not produce records until mid-June, approximately one year since our original request. Meanwhile, the Ivalua contract continues to face little accountability by City officials or the agencies themselves.

MOCS [sic] has completely stonewalled C&BP in its attempts to investigate the contract between the City and Ivalua.  In June 2019, MOCS denied C&BP’s original request, unbelievably claiming that it had no responsive documents.  C&BP submitted a revised request in August 2019; to date, MOCS has failed to produce documents or even to acknowledge whether it has any responsive documents, despite repeated follow-up by C&BP, narrowing its request further still and providing helpful information.

MOCS ultimately promised to produce documents on March 26, 2020, but then unilaterally continued that date another three months, until June 19, 2020.  We recognize that MOCS is under additional strain from the pandemic, but the request has been pending since August, long before the current health situation arose.

While MOCS slow-walks a full response to request, the records officer at the Department of Information Technology & Telecommunications (DoITT) has been in contact with our attorney about our narrowed FOIL. The records officer told her in early May that he now has “remote access to [DoITT’s] ediscovery system.” Several weeks later, we’re still waiting to see what that system produces about the origins of the NYC-Ivalua contract. Specifically, there is a draft letter from Owh, which we have learned about and DoITT refuses to release to us. They are claiming that it is exempt from FOIL and the final letter cannot be found.

On January 8, 2018, former Chief Procurement Officer Michael Owh asked several key DoITT officials to review a draft letter to Ivalua.  DoITT did not produce the attached letter, and when asked, argued that the letter was a working document and therefore exempt.  When we requested the final letter instead, DoITT declared that the letter could not be found. We continue to work with DoITT, but, to date, we have not received any additional documents or information on the Ivalua contract.

While NYC faces both an historic budget shortfall due to the shutdown and the specter of layoffs, it seems reasonable to ask officials with robust investigative powers:

If now is not the time to probe a blatant waste of taxpayer dollars on a tech company that has grossly underdelivered, when is? And why are MOCS and DoITT hiding public records?