When Bill de Blasio was the New York City Public Advocate, he issued a “Transparency Report Card” that found many agencies failing “to obey the law and make records public.” Now that de Blasio is mayor, his Office of Contract Services (MOCS) is heading toward a grade of “F.”

On August 7, 2018, Checks and Balances Project (C&BP) submitted a request to MOCS for public records concerning a $30.5 million city contract. For ten months now, we have repeatedly been told, “Due to the complexity of responding to your request, we are still reviewing our records for responsive documents.”

Another agency that is coordinating with MOCS, NYC’s Department of Information Technology and Telecommunications (DoITT), has found 4,294 relevant emails. But they don’t want to give them up.

C&BP has been looking into questions about the city contract to construct a government-wide online system for NYC government agencies to buy products and services. The contract is between DoITT and Ivalua, a software company headquartered in Redwood City, California and Orsay, France. The Mayor’s Office of Contract Services oversees the contract and has recently taken it over. 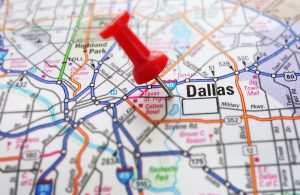 According to documents received from the City of Dallas, incomplete records from DoiTT, plus a source familiar with the contracting process, we have uncovered significant questions that deserve answers for New York City taxpayers.

It appears that KPMG, a Big Four accounting firm headquartered in Switzerland, used persistent lobbying to obtain the $30,515,448.83 contract for creation of the e-procurement system. Announced on August 2, 2016, the contract was awarded to Ivalua and KPMG as subcontractor.

Two years after the contract was signed, internal documents show that Ivalua’s design had not been completed and requirements were not validated. On July 24, 2018, DoITT sent Change Order #2 to Ivalua, replacing KPMG with Accenture. The value of the contract was also increased by $15,000,000 to a new “contract maximum” of $45,515,448.13.

C&BP compared the NYC-Ivalua contract to one between the City of Dallas and Bonfire Interactive, Ltd., a Canadian eProcurement firm, signed on May 30, 2018. The Dallas-Bonfire contract cost just under $50,000. Here’s a graphical summary of our comparative analysis:

Though NYC has a population that is eight times larger than Dallas (8.6 million vs. 1.3 million, according to U.S. Census data), and NYC departments may be larger than Dallas agencies, is it reasonable that NYC’s spending on an e-procurement system should be nearly 340 times that of Dallas?

Who led KPMG’s efforts to obtain a contract and what city officials were involved? Why was KPMG replaced after two years?

We’re still waiting to find out.

Scott Peterson is executive director of Checks and Balances Project, an investigative watchdog that seeks to hold government officials, lobbyists and corporate management accountable to the public. Funding for C&BP is provided by Renew American Prosperity and individual donors.

Are Lobbyists and Former Officials Persuading States to Consider Expensive Software That Doesn’t Live Up to Promises?