Nevada has more solar jobs per capita than any other state and with 300+ days of sunshine per year, the sky could be the limit for carbon-free energy production from rooftop solar.  Then why is NV Energy, owned by Warren Buffet and Nevada’s largest utility, lobbying to limit its growth? 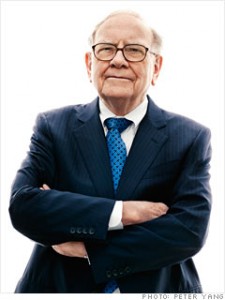 A recent article in the Las Vegas Sun, Solar industry squares off with Warren Buffett and NV Energy, explains how it comes down to protecting monopoly-utility profits.

In Nevada, there is a limit to how many residential customers can participate in solar net metering programs. That limit is 3% of all utility customers consuming energy during periods of peak demand. The solar industry says that limit could be reached by the end of the year. NV Energy, which was purchased by Berkshire Hathaway Energy in 2013, is lobbying Nevada government officials hard to ensure that the limit is not increased. Currently, there is no bill in the Nevada legislature to increase the 3% limit and the 2015 session ends soon.

Like other electric utilities, NV Energy owes its profits to its government-protected monopoly position and it is doing whatever it can to maintain that privileged position. That includes standing in the way of competition and choice for Nevada’s power-consuming public, in part by pushing to maintain the cap on the number of Nevadans who can get paid a fair market price for the rooftop solar power they generate.

According to a study by Nevada’s Public Utilities Commission, solar power net metering has not cost Nevada ratepayers a penny, but has actually saved them millions of dollars.

In 2014, Nevada’s solar industry saw a stunning 146% growth in jobs. Yet if NV Energy gets its way, that future growth is threatened.  That should be completely unacceptable, and people need to tell their legislators and Nevada Gov. Brian Sandoval loudly and clearly right now.