We Asked, Though, for Text Messages with the Gov’s Chief of Staff, PUC Chair, First Energy CEO and a Lobbyist…. 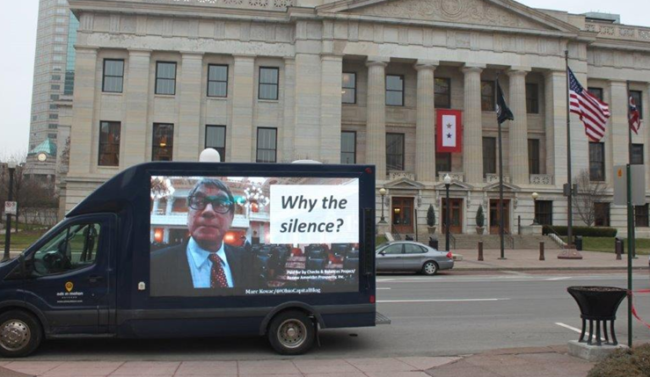 It took four and a half months, but we finally got a response to our request for records of powerful Ohio House Majority Leader Bill Seitz relating to a disgraced official and the $61 million First Energy bribery scandal. We learned Seitz liked former lobbyist and Public Utilities Commission of Ohio (PUCO) Chair Sam “the Randazzler” Randazzo.

But we already knew that.

The period of our request was from November 1, 2018, to March 1, 2019. During that time, Randazzo resigned from the PUCO Nominating Council, his lobbying partner took his place, and Randazzo was elevated by Gov. DeWine to be PUCO Chair. We asked for Seitz’s public and private text messages, phone logs and text message history logs, meetings calendars, and other records with:

We got none of that.

Seitz, who is majority leader of the Ohio House, worked with First Energy to draft a nuclear power plant bailout bill that’s now the subject of a federal subpoena – never met with, emailed or texted with any of these six people about it. The Speaker’s Office told us they redacted nothing. Case closed.

He did, however, exchange emails with the executive director of the Canadian group Great Lakes Wind Truth.

We asked Josh Sabo, Esq., Deputy Legal Counsel, Office of the Speaker, Ohio House of Representatives, if they had checked Rep. Seitz’s text messages on his public and private phones as we requested.

No answer yet. We’re still waiting.