When Ohio Gov. John Kasich signed legislation two months ago to freeze the state’s renewable energy portfolio, the message he sent was heard coast-to-coast. On Monday, The Boston Globe was the latest to weigh in. In an editorial titled, “States should not take Ohio’s lead on freezing 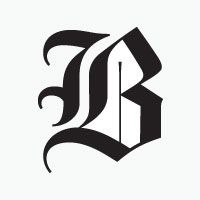 “Ohio’s goal, set in 2008, was to have 12.5 percent of energy come from renewable sources by 2025. That’s a modest target, but significant nonetheless. Ohio is on the front lines of the fight against greenhouse-gas emissions, with a whopping 69 percent of its electricity coming from the dirtiest of fossil fuels, coal.

While low-income consumers may be loath to pay a penny more for electricity in order to curb climate change, they should at least appreciate the benefits of supporting home-grown sources; Iowa, for example, gets more than 27 percent of its electricity from wind power.”

So why did Gov. Kasich sign the freeze, making him the first governor to do so nationwide? We’re curious.