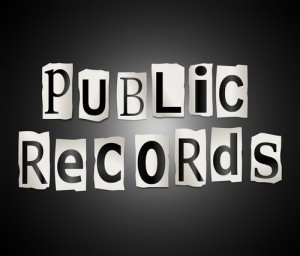 Three months ago, on August 25, 2015, we submitted a request using the Nevada Public Records Act that asks to see records of Nevada PUC Commissioner David Noble’s meetings and communications with the state’s largest utility, NV Energy, and the Edison Electric Institute, about solar energy and net metering. The dates cover a three-and-a-half year period. You can find it HERE.

After more than six follow up letters and emails sent by our attorney, Maggie McLetchie, we still have not been provided with basic items such as Commissioner Noble’s meeting calendar. Even though the calendar is housed on the PUC’s server, the Commission has taken the position that privacy interests justify not producing it.

Nevada Gets an “F”

In a recent report by the non-partisan Center for Public Integrity’s State Integrity Investigation 2015, Nevada ranked 46th and received a grade of “F” for systems in place to deter corruption in state government. For lobbying disclosure, Nevada finished last.

In light of what we have received to date, the report makes sense. In addition to sign-in sheets, here is the tally of what we’ve received so far:

Is the Nevada PUC taking the position that, even if Commissioner Noble’s calendar reflects PUC meetings or meetings with lobbyists, it is beyond the reach of the Nevada Public Records Act and the public? Are the 104 emails sent in response to our records request – of which 61 or 59% are thank you responses and meeting acceptances – Noble’s total email communications with NV Energy and Edison Electric Institute representatives over three-and-a-half years during the hottest period of solar debates in Nevada?

When the Nevada PUC passed a resolution last year that asked the legislature to revise the state’s net metering policy, Noble wrote it. The PUC’s request proved to be too contentious for the legislature to handle, however. So, the legislature gave the power to Noble and the three-member commission to make decisions about the future of rooftop solar for Nevada residents.

Through a subsidiary of Berkshire Hathaway, Warren Buffett purchased Nevada’s largest utility, NV Energy, in 2013 for $5.6 billion in cash. But he soon became concerned about the popularity of rooftop solar in Nevada and how it was eating into his new utility’s profits. 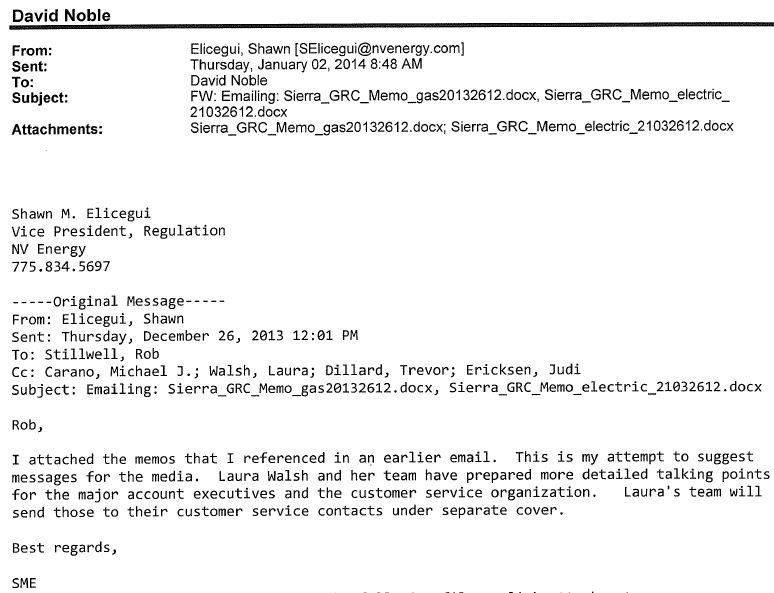 Public Records Laws Must Be Enforced

The Nevada Legislature has mandated that the Nevada Public Records Act foster “democratic principles by providing members of the public with access to inspect and copy public books and records to the extent permitted by law.”  Nevada statutes also mandate that “unless otherwise declared by law to be confidential, all public books and public records of a governmental entity must be” available to the public. After all, taxpayers pay government officials to work on their behalf. As the Nevada Supreme Court has explained, “[t]he purpose of the Act is to ensure the accountability of the government to the public by facilitating public access to vital information about governmental activities.”

The questions here are:

Regrettably, we may be forced to find out answers to these questions through a court of law – unless the PUC decides it is through with being the worst in the nation for lobbying disclosure.

(* A previous version of this post stated that the PUC had not sent us the NV Energy talking points attachment that Elicegui emailed to Noble. As the PUC’s Assistant General Counsel Garrett Weir points out, the attachment was sent on Sept. 11, 2015. C&BP regrets the error.)

Evlondo Cooper is a senior fellow with Checks and Balances Project, a national watchdog blog that seeks to hold government officials, lobbyists, and corporate management accountable to the public. Funding for C&BP comes from pro-clean energy philanthropies and donors.