C&BP has been reporting on the questions surrounding Sentara Healthcare’s efforts to offload the operating costs of EVMS onto Virginia taxpayers since November 2020.

We’ve received several interesting reader tips, including one from someone claiming to be a family member of a Sentara senior staffer. The tipster claimed that Sentara CEO Howard Kern will receive compensation of several million dollars a year for life. And he offered a similar deal to top executives at Cone Health, a North Carolina not-for-profit Kern wants to merge with in an $11.5 billion deal.

Both organizations are nonprofits

As part of our initial research, we asked three reporters who cover health care nonprofits, but none had ever heard of such a sweet deal.

We reached out individually to eight top Cone Health leaders, including CEO Terry Akin. Our email to Mr. Akin follows below: 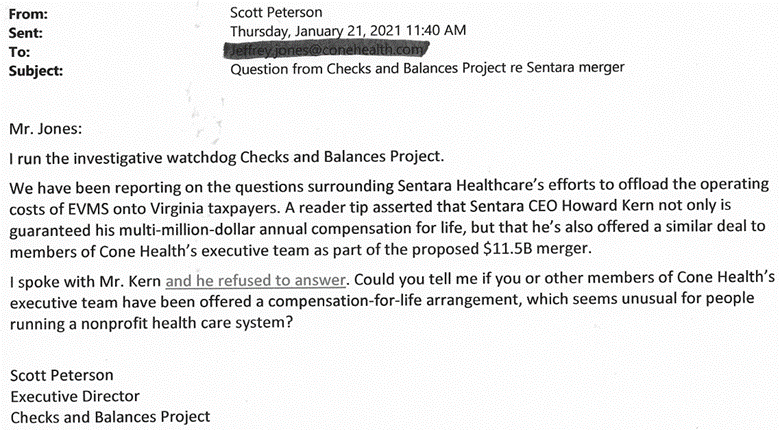