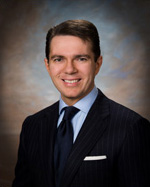 In several news stories, The Arizona Daily Star on May 21, The Arizona Republic on May 22, Greentech Media on May 26, and Utility Drive on May 27, former Chairman of the Arizona Corporation Commission (ACC), Bob Stump, complained that excerpts from text message logs his agency provided were “cherry picked” to suggest he was at the heart of a dark money electoral scheme in 2014 to elect pro-utility members to the Commission. Stump asserted that the facts would show he was an equal opportunity texter.

“I would note that Checks and Balances… is cherry-picking text logs to paint an absurdly distorted picture.” – Stump to Arizona Daily Star.

“Stump told The Arizona Republic that the communications were not about the election, and said the group had cherry-picked a few text messages to distort the story.” – Stump to Arizona Republic.

In response to the Chairman’s concerns, we have published the full text log and names identified to date here.

The best we can tell, that’s why Commissioner Stump is now attempting to switch the subject with a victim play by railing about the opposite of “cherry picking,” the publishing of the full text logs.

According to Chairman Stump in today’s Arizona Republic story by Ryan Randazzo, the act of publishing the public records what we were given by the Commission is an invasion of his privacy and an “out of bounds” attack on his family members.

Before Mr. Stump invests more in playing the victim, it’s important to consider some inconvenient facts:

Probably the most important fact is that all of this back-and-forth is unnecessary, including the Commission’s hiring of an outside, taxpayer-funded attorney, David Cantelme; and an outside PR firm (we are investigating the hiring of these outside firms and their costs to Arizonans).

Finally, I would like to thank all the citizens who are stepping forward to help us identify the unknown parties with whom Commissioner Stump had been exchanging text messages. More about that soon.

Scott Peterson is executive director of the Checks and Balances Project, a national watchdog blog that seeks to hold government officials, lobbyists, and corporate management accountable to the public. Funding for C&BP comes from pro-clean energy philanthropies and donors.