A stunning new analysis shows striking inefficiencies at work in Colorado that should infuriate anyone looking for a smarter approach to federal oil and gas leasing – including both conservationists and energy companies.

In Colorado, leases sold by the Bureau of Land Management (BLM) have attracted nearly three times the number of costly, time-consuming lawsuits (known as protests) than we’ve seen in the rest of the Rockies. Our new analysis found that 76 percent of leases in Colorado were protested, as opposed to 27 percent in surrounding states, on average.

The analysis is based on BLM data recently released for the first time regarding the number of protests in each state filed by citizens and stakeholders on tracts of lands (known as parcels) available for oil and gas leasing. Protests are one of the key measurements for how controversial a particular decision to lease land for oil and gas development. 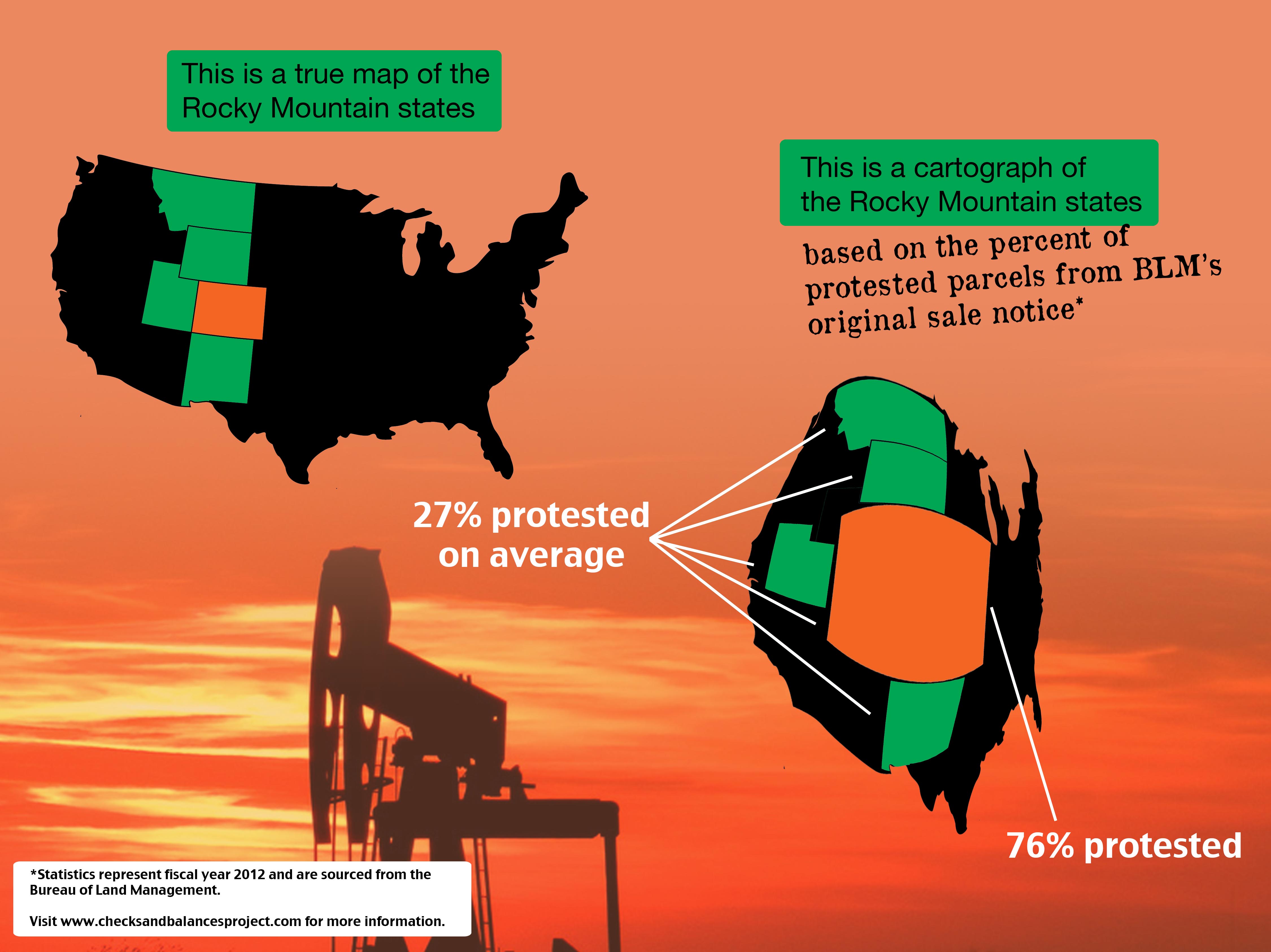 The reason for this massive discrepancy is clear:

Helen Hankins, the BLM’s top bureaucrat in Colorado, has failed to implement President Obama’s common-sense leasing reforms – designed to streamline the leasing process and reduce conflict dramatically by requiring research and analysis be completed prior to leasing.

A recent report from the Center for American Progress pointed out that:

Those reforms called for a better balance between developing oil and gas resources and the protection of other public lands resources, including nearby parks and refuges, wildlife, and historic and archaeological sites. “There is no presumed preference for oil and gas development over other uses,” states the reform document.

In other words, the reforms were meant to drive our local economies with a real balance between protecting public lands to support and attract high-wage businesses to the West, and using them to produce American-made energy – which together support 100,000s of jobs.

In states like Utah and New Mexico – where the BLM offices are implementing the reforms – protests are down, and energy is being produced. That approach is working for industry and conservation interests – and most importantly our communities and our families.

But in Colorado, Hankins has turned the President’s balanced reforms into a broken promise for our communities. Instead of helping oil and gas companies responsibly develop oil and gas resources in the right places, while protecting those lands that drive the economy and attract new business, Hankins continues to rely on decades-old plans and analyses – proposing to allow oil and gas drilling near places like Mesa Verde National Park, and Dinosaur National Monument.

By miring all sides in expensive red tape, Hankins has failed Westerners who are doing everything they can to get back to work and support their families. They expect their government to champion the Western way of life, including use of public lands in a balanced way to support sustainable economic growth.

The Obama administration must correct this failure by taking action to follow the directives in the 2010 leasing reforms now.