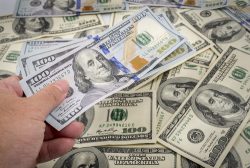 Usually, labor unions and the business organizations they negotiate with have an adversarial relationship. That’s why it raised questions for us when we discovered that the New York Hotel and Motel Trades Council (HTC)—the labor union representing over 35,000 hotel workers in the Empire State—gave $100,000 last year to the Hotel Association of New York City, a trade group representing 280 hotels.

The contribution, made on November 11, 2015, was disclosed on page 23 of a Labor Organization Annual Report that HTC submitted to the U.S. Department of Labor under “Schedule 16 – Political Activities and Lobbying”:

The stated purpose of the $100,000 was for a “BNB campaign.” Since HTC’s President Peter Ward has emerged as a key spokesman in the anti-Airbnb campaign in New York City, we found the payment curious. Unions are founded on democratic governance, and we assume that there is a robust mechanism Mr. Ward uses to get member buy-in on big decisions, such as giving money to the industry that has opposed the interests of its members.

Last week, we sent a letter to Mr. Ward that asked several questions along these lines. We emailed the letter and mailed a copy. And, we called his office seeking comment, all with no response.

Among our questions to Mr. Ward are:

Were the more than 35,000 members of the HTC asked for their approval in advance about the $100,000 payment to the Hotel Association of New York City – or were even informed of it at any point?

In a letter sent to fellow New York City labor union leaders on April 18, 2016, Mr. Ward stated that the HTC, “has always supported, with money and troops, the… ongoing Fight for Fifteen” to raise the minimum wage. 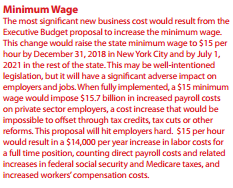 Yet the Hotel Association of New York City is a member of the Tourism Industry Coalition, which opposes raising the minimum wage to $15 per hour. The Coalition declared on a recent brochure that “$15 per hour would result in a $14,000 per year increase in labor costs for a full-time position.”

How does Mr. Ward square giving $100,00 of union funds to an industry that opposes HTC’s attempts to organize many hotels and raise the pay for hotel housekeeping staff – particularly the Fight for $15? Perhaps there is an explanation, but it’s not immediately apparent to us.