Since last summer, after receiving a tip, Checks and Balances Project has been looking into questions about New York City’s $30.5M contract with software company Ivalua to custom-build an eProcurement platform for some 40 city government agencies.

Fast forward 16 months and the contract amount has risen to $47M while the city still doesn’t have a working eProcurement software system as Ivalua promised.

In a recent Gotham Gazette op-ed, Checks & Balances lays out the details of its investigation into this contract scandal and calls on NYC regulators to investigate this fleecing of NYC taxpayers. Check it out here. 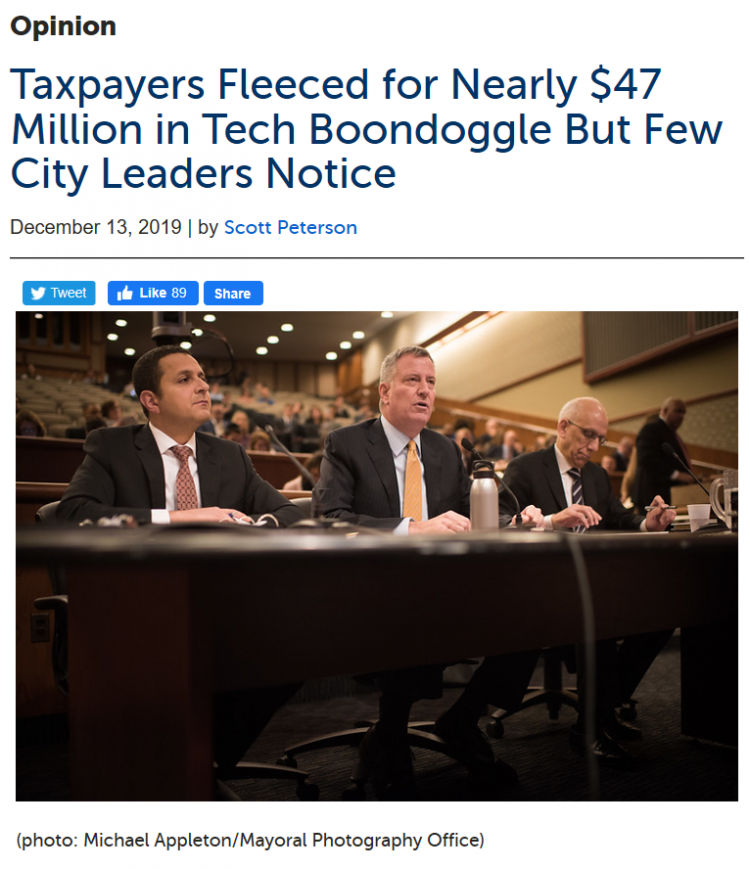 Do you have information to share? Send us a note through our confidential tip line. Your tip can be completely anonymous.

Which NYC Official Failed to Collect Ivalua’s $25M Bond for Non-Performance — and Why?